HOMEWORK: Maths and English given on Thursdays and due in on Monday.

TT ROCKSTARS: Your child can use these safely at home at any point under your supervision and monitoring. You can also check on their progress at any stage.

READING BOOKS: Reading books are handed out on Monday and are to be returned on Thursday. Please read as regularly as possible with your children.

Download our new Curriculum Information Posters to tell you the important headlines and key information for each term. 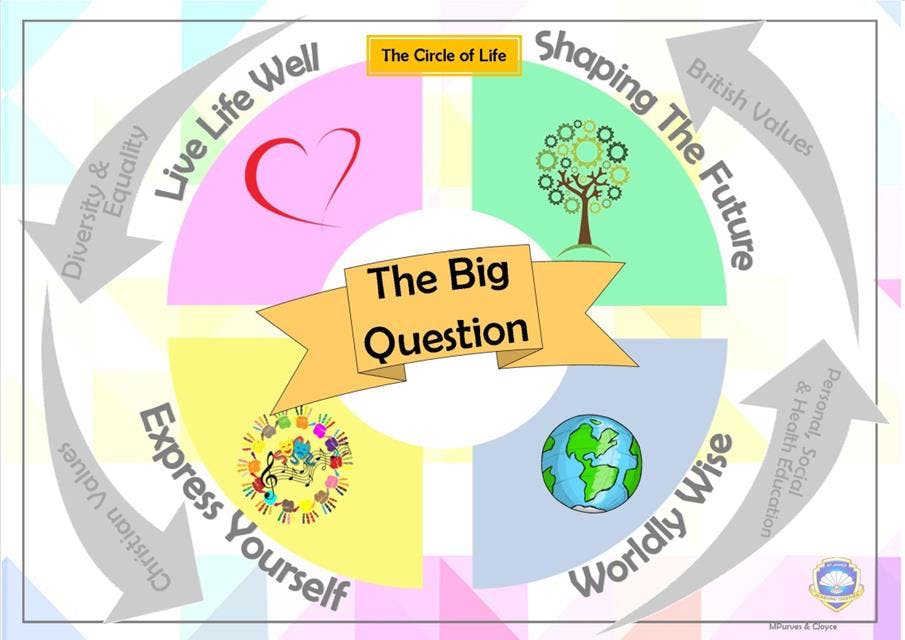 Now let's tell you some highlights of our 'Circle of Life' in action.

Will there ever be a world without war? (Behind Enemy Lines)

During the children's stunning start they determined that they wanted to create created a living war museum by the end of term to demonstrate their experiences, learning and conclusions. The hall was transported back in time to the 1940’s, with a variety of war time artefacts on show. From WW1 helmets and trenches, to WW2 periscopes, sweetheart pins and ration books. There was so much for the visiting families to see. The children became wartime characters. We had soldiers, nurses, evacuees, land army girls and so much more. Parents were spoilt for choice with the fabulous displays to see and the competitions to enter. Once the museum was in full swing, all classes performed the hit ‘Hey Mr Miller’, written in memory of Glenn Miller. To conclude this amazing night, the parents were in for a treat with two fabulous Charleston dances to celebrate the end of WW2.

A huge well done to the children as they were brilliant. Thank you to all the parents and family members that came to support us. We hope you enjoyed it as much as we did! Above all we wanted to display how we have studied the differing viewpoints and experiences of war. We were determined to consider how war was not just a male, white, British story and how television and film can often tell us just that. We wanted to empathise with experiences of war which touched everyone. (Men, women, rich, poor, different nationalities, beliefs and skin colour were all considered as we tried to realise what empathy for all really means and how this can help our social and moral understanding.)

To explore the impact of war we were set the challenge of making a meal, with strict criteria, fit for a family of four. In groups, the children had to research and plan their meals, and then prepare and cook it for their judges. The children had to work as a team to ensure that their meal was presented well, was a balanced diet and most importantly, was edible and tasted good! Here are a few of the outcomes. 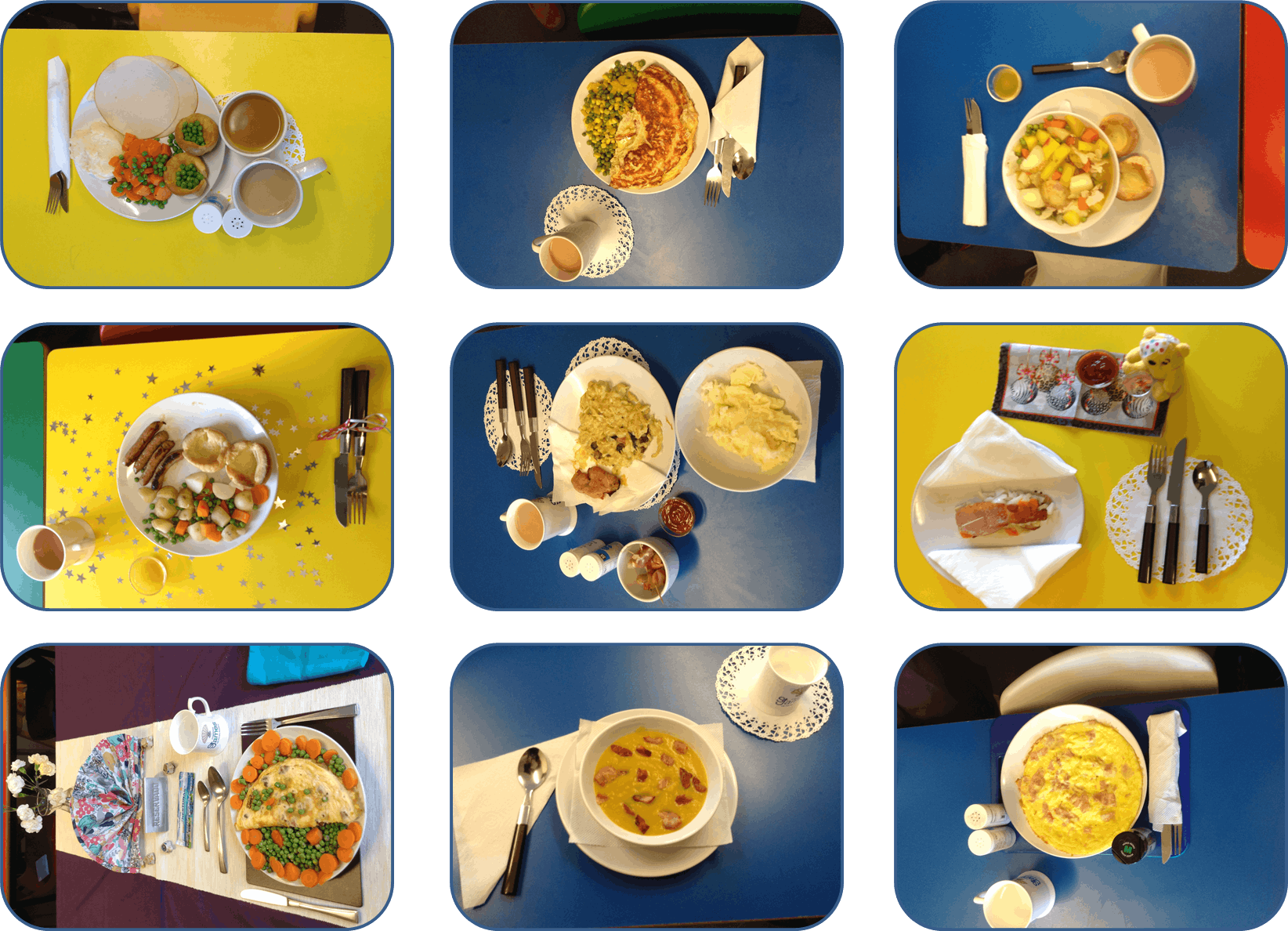 Children of UKS2 experienced being a 1940s housewife for the day. They looked at primary sources of evidence from the local areas of Wakefield and the rationing challenged was based on the information she provided. Dorothy, our guest speaker, told us facts about WW2 and what it was like for people during this time - I'm particular the experiences of women and the poor and the strength they were required to show. It made us consider our lives in relation to these experiences. 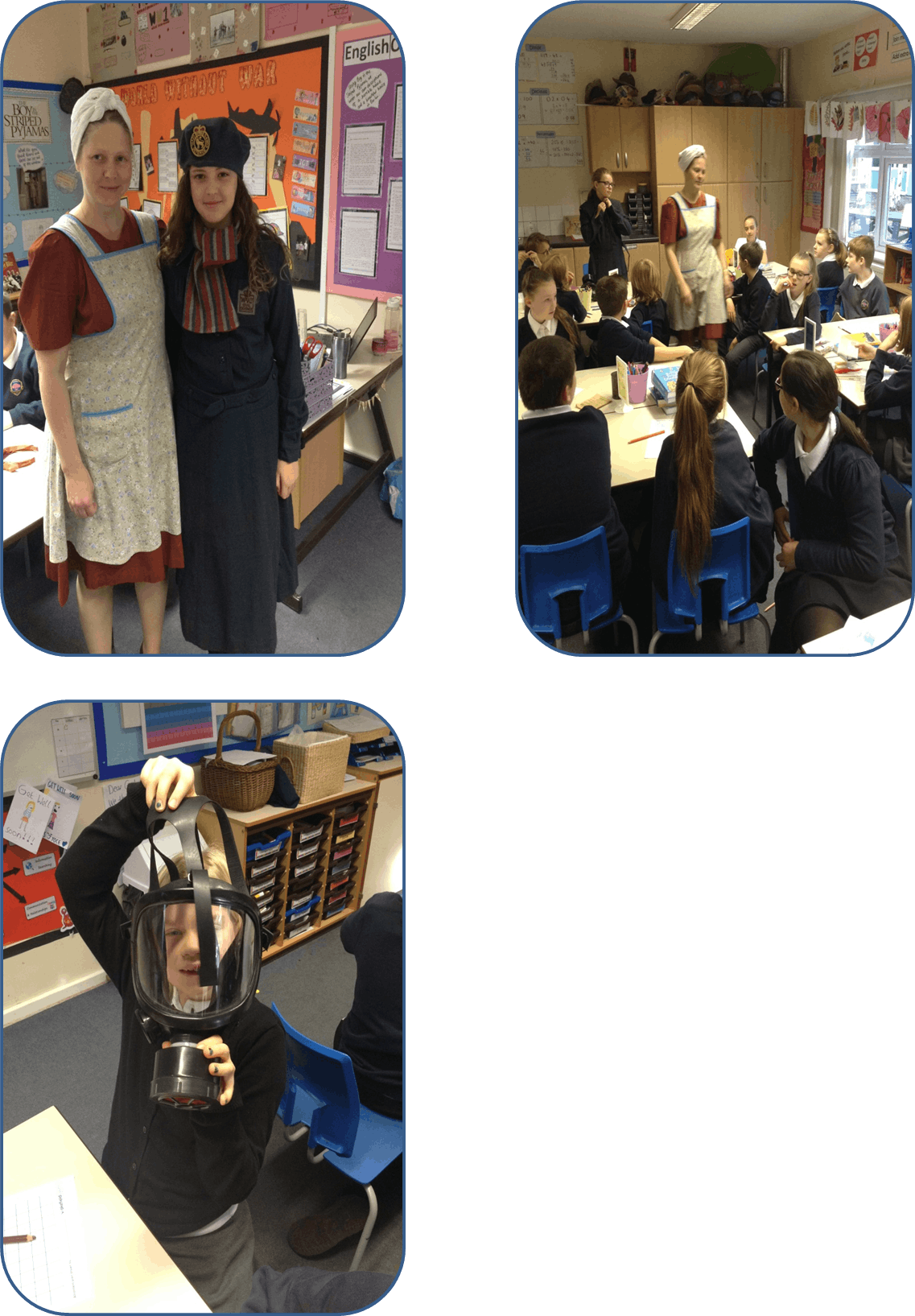 We visited Eden Camp and experienced what it would have been like for all members of British society during wartime again in an effort to reach a conclusion about our big question. When we arrived, our first stop was to watch a puppet show, where we watched performances from famous stars from the World War period. It was particularly interesting to hear so many children talk about the importance of mutual respect and tolerance when looking at the effects of war.

Whilst the children had the opportunity to walk around the huts and experience the sights and smells from the war years, we asked them to consider how different groups of people from British history could be identified here. What were the experiences of poorer people and how important were women to the war effort?

From black out huts to walking through a trench (and even a submarine) the children thoroughly enjoyed their thought provoking day. 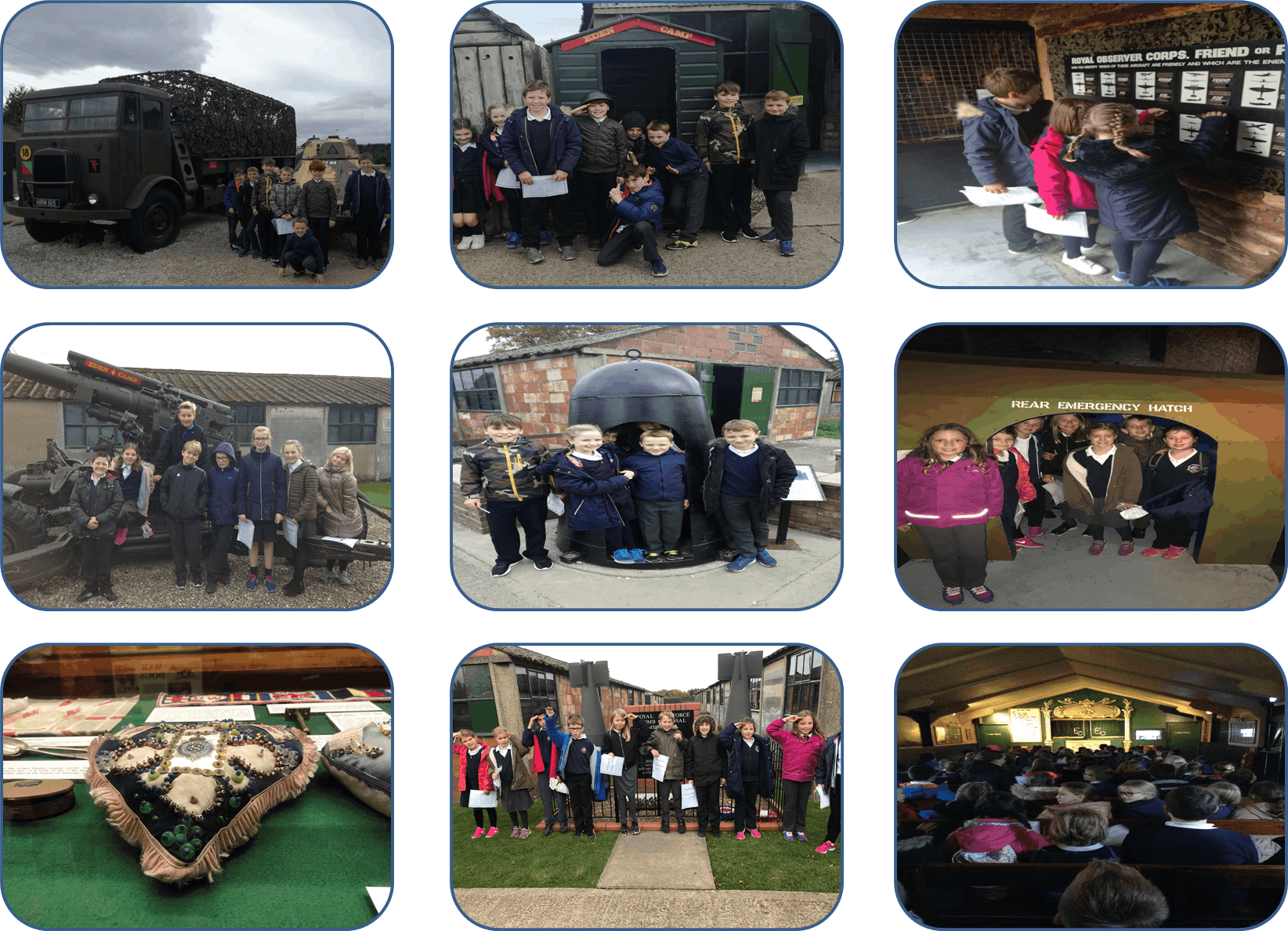 During the wartime topic, the children had the challenge of becoming teachers and were required to research a specific event during WW1 and WW2. They all used primary and secondary sources of evidence to help them produce a fantastic presentation, which they then shared with the class. Here are a few pictures of the children’s finished products. There questions included how much individual liberty was affected during the war and how different 'rules of law' had to apply during these times. 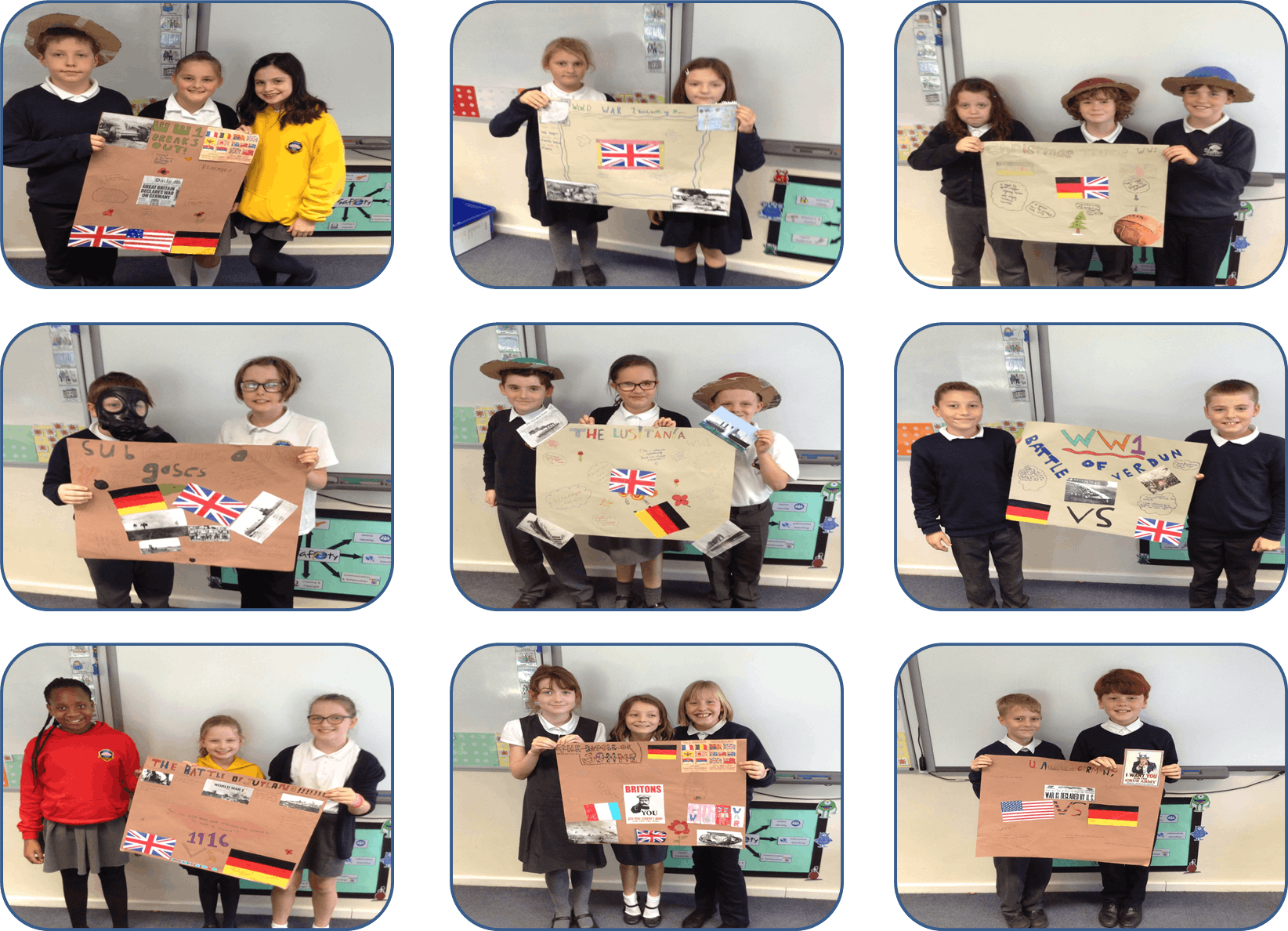 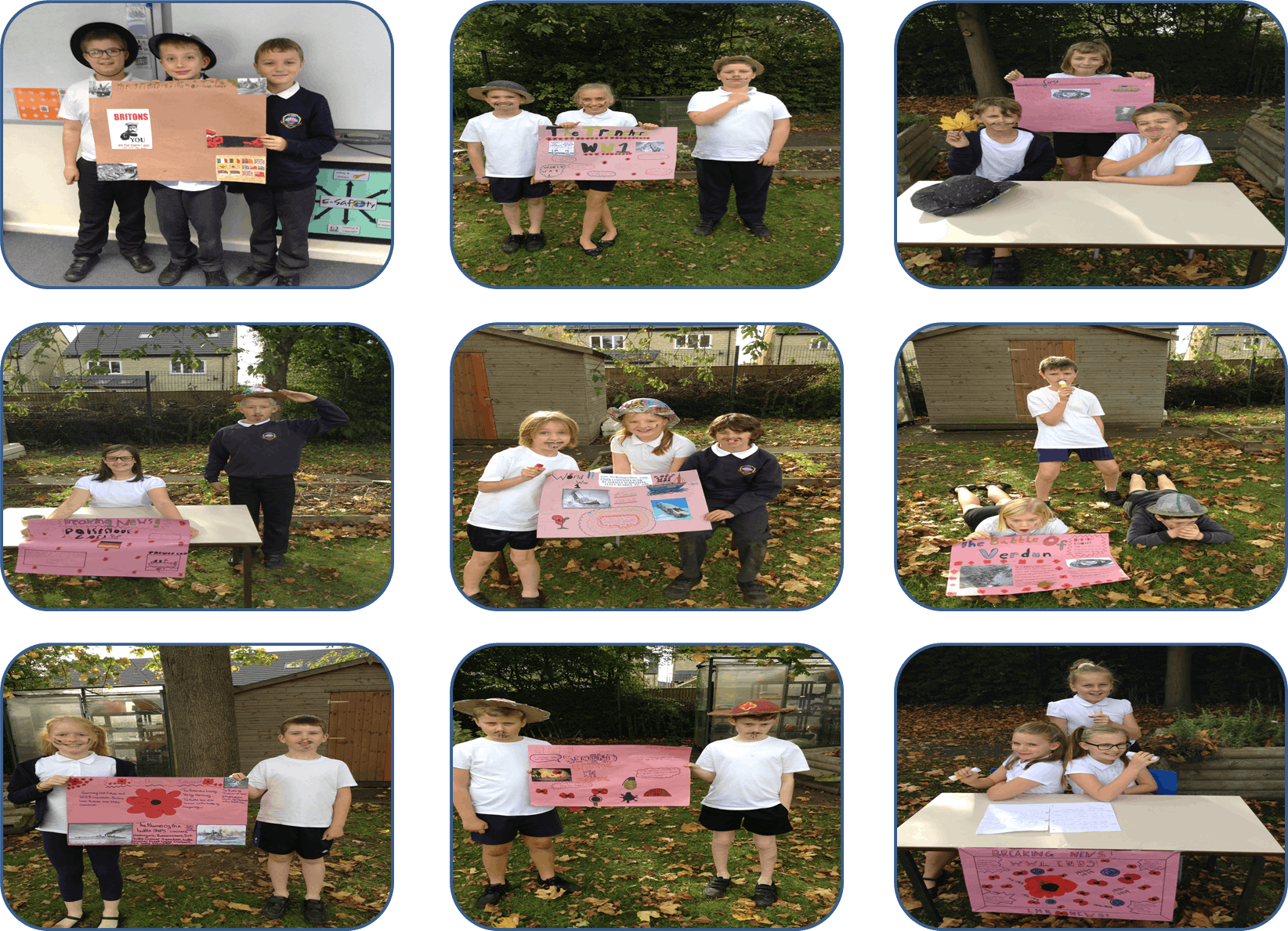 The children decided that they should experience solidiers in training to see how much went into preparing for war - as part of their big question enquires - this provided one of their stunning starts during their early enquiries. They created army training barracks for historical themed role play. They were led by General Joyce, Sergeant Shallcross and Colonel Rouse. They were involved in three different activities throughout the day, which included stitching sweetheart pin cushions, military fitness training and making helmets. 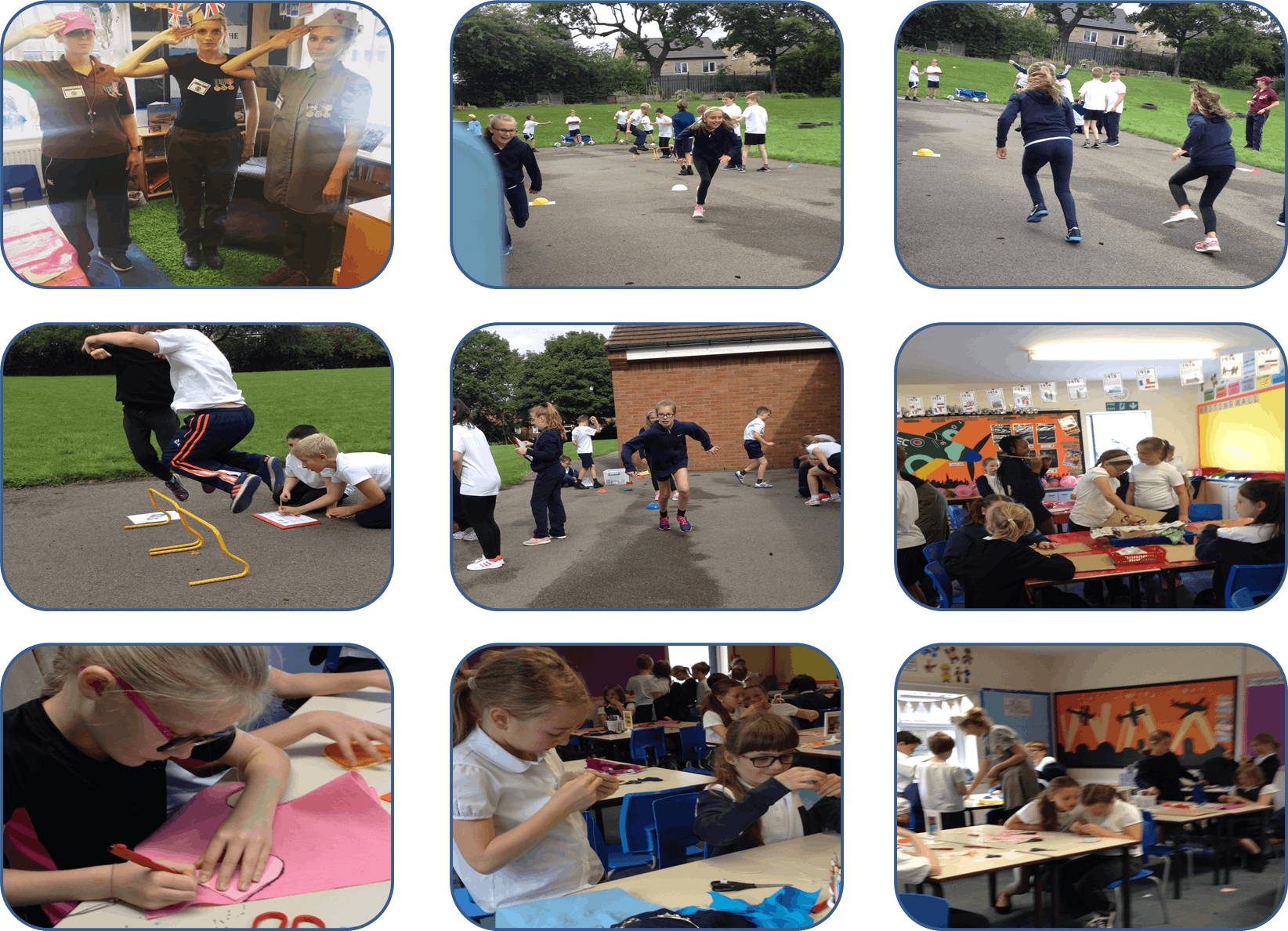 Can a leopard change their spots?

This science and geography inspired big question looked at the importance of habitat, climate and adaptation. We considered how different groups of people across the value and respect wildlife as we looked to draw our own conclusions. We considered how animals own 'individual liberty' is lost through the actions of humans and how mutual respect is vital to sharing our planet with all God's creatures. The children visited Yorkshire Wildlife Park to experience many of these creatures for the first time. During the visit the children, had the chance to explore the park and take part in sessions which deepened their scientific knowledge and understanding. It has been interesting to see the outrage when the children discover the mistreatment of animals due to humans not keeping to our accepted 'rules of law'. We certainly feel that they want to change the world for the better and many have their own blueprint for this! 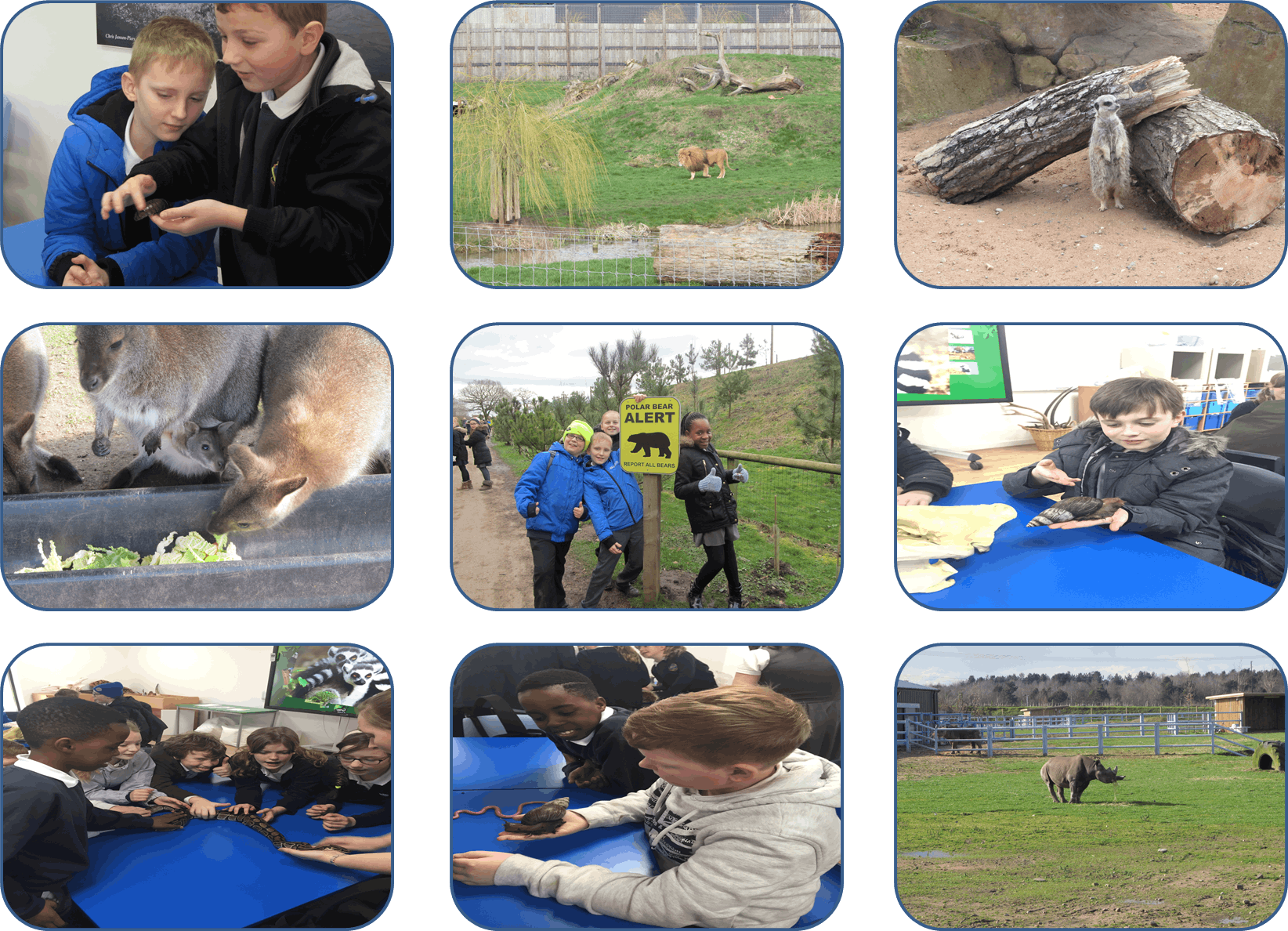 Does money make the World go round?